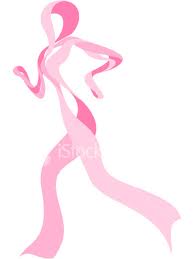 Getting fit can reduce risk of breast cancer

For many women, breast cancer is the most frightening of all diseases — partly because there are few clear steps they can take to avoid it.

Breast cancer survivor Renee Nicholas, 36, participates in a Pilates class in Austin. Exercising can help women after a diagnosis, but it also lowers the risk of getting breast cancer in the first place.

Women can’t control the things that most strongly shape their risk: age, race, family history and the ages at which they hit puberty and menopause. And while having kids before 30 appears to offer some protection, few women time their pregnancies with the risk of breast cancer in mind.

Yet experts say women can embrace one prevention strategy with unequivocal benefits: exercise. “One of the most important ways women can think about prevention is by maintaining a healthy weight throughout adulthood,” says the American Cancer Society‘s Susan Gapstur. “Ways to achieve that are clearly through eating a healthy diet and being physically active.”

There’s no way to eliminate all risk of cancer, which can strike even the healthiest people in their prime, experts acknowledge. But avoiding extra pounds reduces the risk of not only breast cancer, but tumors of the kidneys, esophagus, colon and uterine lining, says the National Cancer Institute. Staying lean also reduces risk of heart disease, stroke, diabetes, joint problems and other ailments.

In the Women’s Health Initiative, a landmark government-funded study, postmenopausal women who walked 30 minutes a day lowered their breast cancer risk by 20%.

Overall, obese women are 30% to 50% more likely to develop breast cancer than women at a healthy weight, says the NCI’s Rachel Ballard-Barbash.

But obesity’s relationship to breast cancer is complex. Obesity is most clearly linked to postmenopausal breast cancer. That’s partly because body fat raises levels of estrogen, which fuels most breast cancers, says Patricia Ganz of the University of California-Los Angeles. After menopause, when a woman’s ovaries shut down, her estrogen levels normally fall dramatically. Heavy women, however, continue to have higher estrogen levels, adding more fuel to tumors.

In a long-running American Cancer Society study, women who gained 21 to 30 pounds after age 18 were 40% more likely to develop breast cancer than women who stayed within 5 pounds of their youthful weight. Those who gained more than 70 pounds doubled their risk of breast cancer. Obesity may contribute to breast cancer in a number of ways, Ballard-Barbash says. Women who are heavy and inactive tend to have higher insulin levels than women who are active and trim. A growing field of research suggests that the hormone insulin and a similar protein called insulin-like growth factor also may send signals to breast tumors that help them get bigger, Ballard-Barbash says. Exercising, however, can help regulate insulin.

“If you can’t make time for being phsyically active in your daily life, plan to make time for being sick,” Ballard-Barbash says. She recommends women try to exercise every day, even if it’s just a walk. “I don’t buy that it’s not feasible. … I exercised through three pregnancies. If people don’t want to commit to this, they can commit to having a loss of function in their middle years.”

• Maintain a healthy weight. Obesity has been linked to many kinds of cancer.
• Limit alcohol consumption. Moderate drinking, or defined as two drinks a day, increases a woman’s risk of breast cancer by more than 20%, compared with women who don’t drink at all. Over a lifetime, that boosts a woman’s risk of breast cancer from 1 in 8 to nearly 1 in 6.
• Watch radiation. Reduce unnecessary radiation exposure, such as from CT scans.
• Avoid or limit use of hormone replacement therapy. Long-term use of hormones has been linked to ovarian and breast cancer.
• Time childbearing. If practical, have your first child by age 30.
• Breast-feed as long as possible, or at least several months.
• Consider medications. If you’re at high risk, for instance, if you have several close relatives with the disease, talk to your doctor about medications such as tamoxifen or raloxifene. While these can cut the risk of breast cancer, they cause their own side effects.
• Beware of chemicals. Limit exposure to estrogen-like chemicals, such as BPA, found in many plastics and the lining of metal cans. Also limit exposure to phthalates, chemicals that interfere with the hormone system, often found in plastics, fragrances and cosmetics.

Now, more than ever our lives are pulled in so many directions. Its hard to find time to make a difference in our own lives, let alone someone else’s. Work, or lack of work, stress, school, money, family, friends, commitments, responsibilities, and all those things that make up our daily lives take up most of our time.  We find ourselves saying “I would do that if I didn’t have <<insert excuse here>>” as reason why we just dont have time to get in shape, or to change the lackluster training routine that we are in now. Getting healthy is sometimes the hardest choice for people to make.

As if things couldn’t get any harder…. Now  lets add being a woman to the mix. Lets face it, fitness and exercise is still a mans world. I will speak for myself just so you understand. Last time I watched a triathlon there were 5 women compared to 33 men and when I used to go to the regular gym there would maybe be 2-3 women lifting weights. There are some exceptions to the rule (yoga, aerobics, etc.) but I know how you feel when you walk into the gym with the plan to lift some weights and do some leg extensions but end up on the tread mill because there were too many guys in the weight area and you didn’t feel like looking like a dork. Those machines are the comfort zone for most women as well as a crutch. Machines, as you will find out, are so inferior to using and moving your own bodyweight through space. Balance, coordination, agility, accuracy are all skills improved through calisthenics and using free weights. In addition most women find working out with weights by themselves daunting. Before I found CrossFit I would read about a wokout routine in SHAPE and then do it for weeks and weeks at the gym until it became ineffective and boring.

Conventional Wisdom has somehow drilled into our heads the silly notion that men and women are completely different species, especially when it comes to working out. There are definite differences – anyone who’s been in a relationship will be able to tell you that! – but that doesn’t take away from the fact that we’re all homo sapiens with the same basic physiological makeup. And so an outfit like Weight Watchers will push the chronic cardio (60+ minutes of straight cardio), the ankle weights, and the step classes because of some underlying assumption that women aren’t “meant” to lift heavy weights. It’s insane. Men and women have different work capacities and different natural inclinations, but their bodies still work the same way.

Like I said, this is coming from my own personal experience.  As a 5’1″ petite woman, the idea of lifting weights scared me to death.  I thought I would bulk up and end up looking like a man.  What I experienced was something extraordinary.  I went from a size 26/27 to a size 23. I dropped 15 pounds and have never felt better about myself. Mind you this was all in 2 months time.  So before you knock the weight room, give it a try.  Crossfit is one of the best fitness programs I have found, try it for yourself: http://bit.ly/oWBRHz